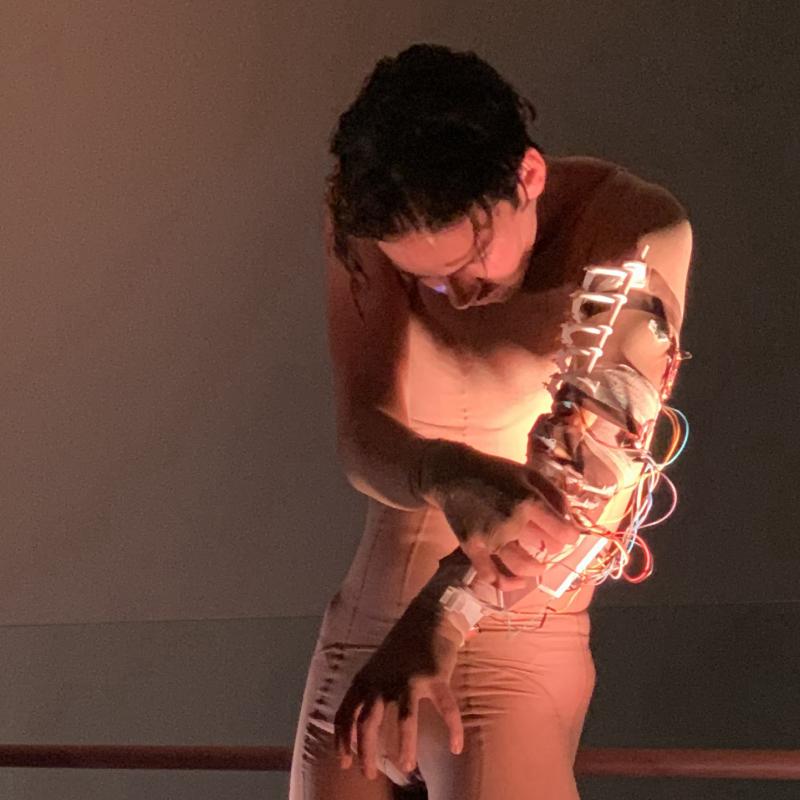 Working Groups are an opportunity for USC students to dream up small-to-medium scale technology projects they’d like to work on with other students over the course of the academic year. In keeping with the mission of the Ahmanson Lab, Working Groups should aim to engage with technology critically, asking important questions or examining vital social issues while building out their respective project. In most cases those submitting a proposal for a Working Group already have a team of students with whom they plan to work, but if necessary, the Ahmanson Lab can help recruit students for a project.

Interested in leading a Working Group? Submit your pitch at this application form.

Projects can vary in scope, topic, and method, but each Working Group must deliver a finished project to be showcased at an end-of-the-year event. 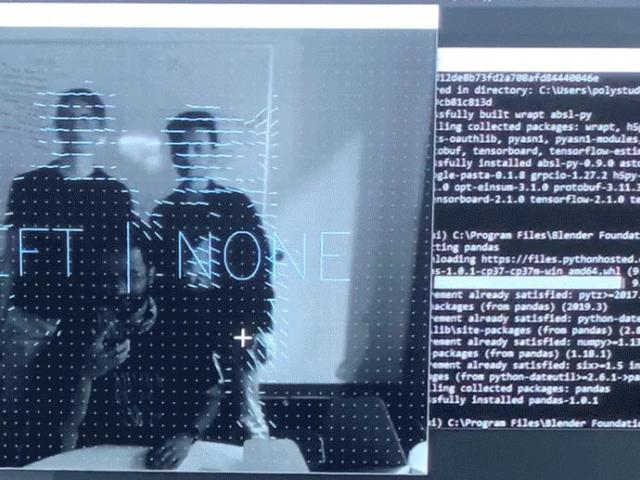 Students in the Neurogenesis Working Group investigated how brain-computer interfaces (BCIs) can be used to inform generative artwork—as well as how these artworks can simultaneously inform audiences on the intricacies of neural signals processing. Students created studied how to telekinetically control objects in virtual reality, develop new techniques for visualizing brain data and its ongoing analysis, and prototype large-scale interactive artworks using BCIs as an interface.

The final outcome of Neurogenesis, was a suite of intuitive BCI artworks that convert neurotechnology neophytes into neuromancers—both on a technical and experiential level—in record time. This working group led to a subsequent Working Group that created an international BCI game contest and neuroethics panel.

This Working Group is co-sponsored by the USC Bridge Arts & Science Alliance. 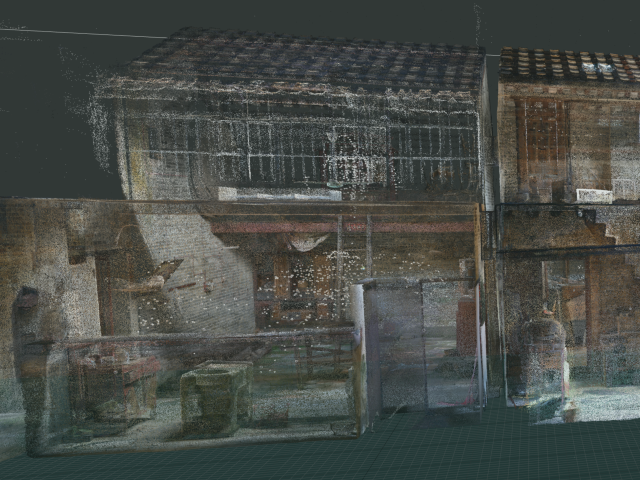 From Save the Cypher to Wing Wor: Exploring Videogrammetry, Lidar, and Photogrammetry through Hip Hop Dance and Cultural Heritage

Over the course of the 2019-2020 academic year, this group developed two virtual reality projects that explored how to photorealistically capture people and places using cutting-edge technologies such as videogrammetry, LIDAR, and photogrammetry.

The first project, Save the Cypher, is an interactive VR dance experience, developed in collaboration with faculty at the Kaufman School of Dance, in which the player must save the sacred dance world of Cypher through solving puzzles and interacting with a spirit guide hologram. The second project, Wing Wor, is an interactive VR narrative adventure that will transport audiences to a rural village in Toishan, China where they can engage with the people and place and experience Toishan’s rich historical legacy. These projects were accompanied by a workshop at the Ahmanson Lab that presented trends in videogrammetry.

This Working Group is co-sponsored by USC Games. 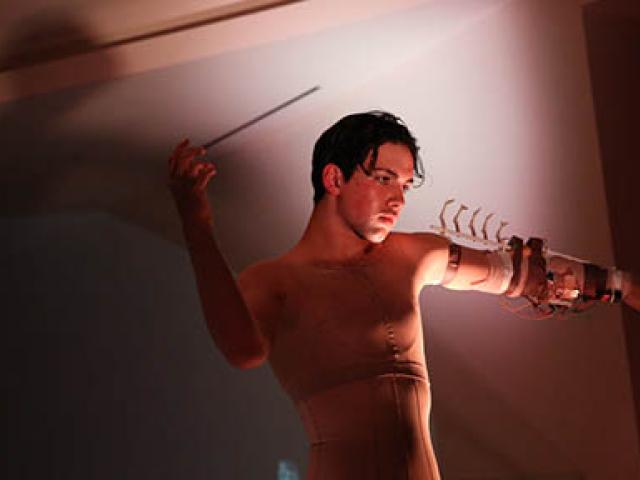 Students in the EMBODY Working Group built a device using muscle sensors and Arduino boards with the goal of reimagining the relationship between inner feelings and the outer architecture of the human body.

The device students create attached sensors to sectors of the body such that muscle tension in each designated area will expand in volume, creating a wide range of dynamic sculptures through muscle movements. Muscle sensors activatedservo motors connected to a skeleton of dynamically connected material which will extend from a two-dimensional resting shape to three-dimensionality. By connecting multiple motors to the structure at different points, a wide range of dynamic sculptures can be achieved with a variety of muscle movements. This artistic interpretation of technology inteded to demonstrate the range of physical emotivity comparable to the visceral ability that certain animals have to express their inner sensations.

With the ability to mutate their physical appearance in accordance with their inner sensations, individuals explored a post-human, post-gender, androgyny and as well as realize abstract facets of our humanity which would otherwise be confined to our individual experience. 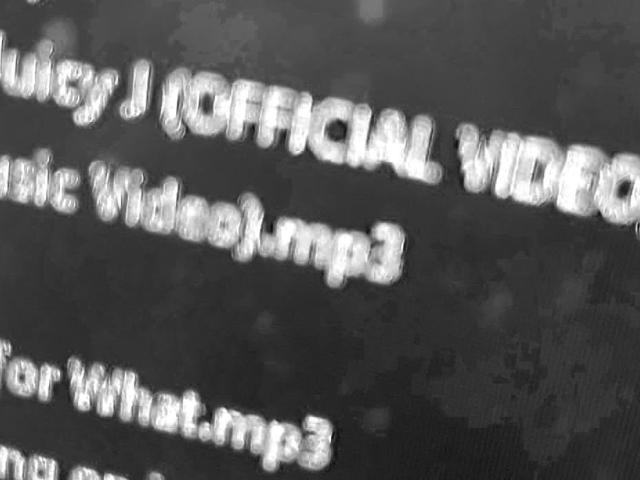 The Internet Culture Cafe acted as a salon for students who wish to research and discuss contemporary digital culture. Over the course of the year, meetings featured guest speakers, presentations of research from members, and in the end, deliverables, in the form of multimedia deconstructions of specific subsects of internet culture.

The Internet Culture Café produced two iterations of a Digital Renaissance Salon, in which teams showcase their research and findings, covering a broad variety of subcultures and online communities in order to provide a nuanced depiction of the contemporary digital world. 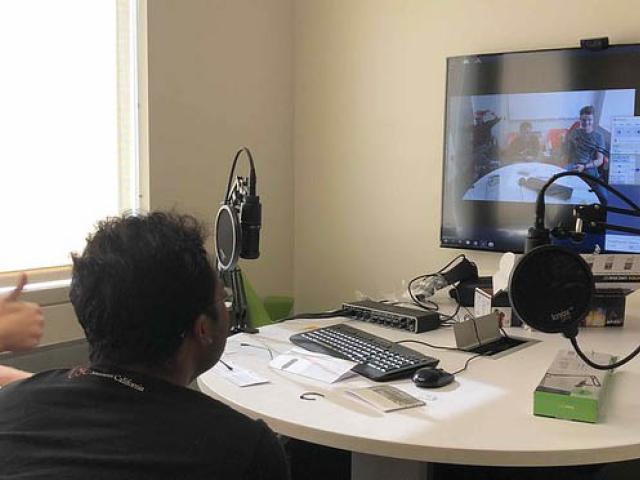 Streaming platforms are increasingly places for cultural influence. On Twitch alone, people watched over 10.8 billion hours of streams in 2018.

The purposes of the Streaming Lab Working Group were twofold. First, to demonstrate streaming’s potential as a medium for social engagement. Second, to research and develop streaming technologies and workflows. The Streaming Lab will accomplished these goals while producing a weekly live streaming show and building out and maintaining a streaming studio at the Ahmanson Lab. This work has resulted in a large USC streaming community on Discord, and has informed the creation of an undergraduate course on the topic.