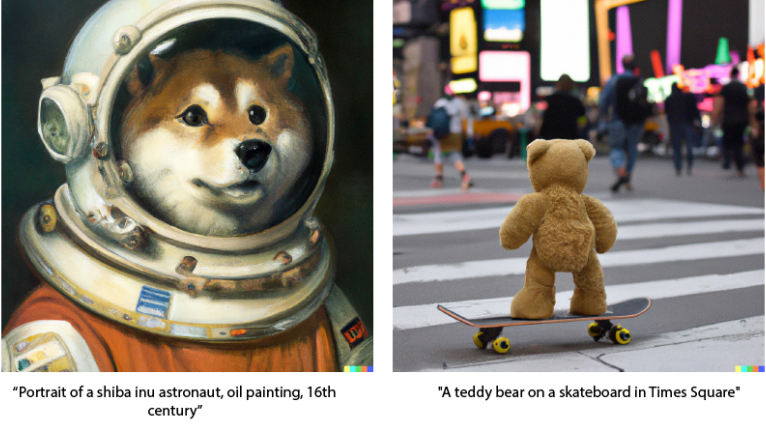 Join us for a two-round knockout AI image generation tournament.

If you’ve been paying attention to the world of AI, you’re likely aware of the current revolution in text-to-image generators like Dalle 2, Stable Diffusion, and Midjourney. These new tools allow users to generate stunning images -from surreal and fantastical dreamscapes to photorealistic portraits or film stills- with simple text prompts. Composing the right prompt, however, has emerged as its own kind of craft. This competition is a way to showcase the artistic elements of prompt composition (the human element) alongside the new technologies themselves. The event (like our AI & Art workshop) is also meant to encourage discussion, in our community, around the social and ethical issues that arise with increased access to systems that generate synthetic media.

Come to compete.
Come to watch.
Come to play with Dalle 2 and Stable Diffusion.
Come to talk about AI.
Come to eat free pizza.

If you already have experience with text-to-image generators, you're likely ready to compete. This technology is new to most of us and it's safe to say, most of us are not professionals yet! Plus, this competition is more about hanging out, having fun, and talking about AI.

If you'd like to get to know Stable Diffusion or practice for the competition, you can access an instance of it here. You can also stop by the Ahmanson Lab where we have local versions of Stable Diffusion set up.

If you'd like an introduction to text-to-image generators, you can join our AI & Art workshop taking place a week prior to this event.

Players will compete in two consecutive rounds, attempting to craft and alter prompts that build off of, and respond to, their opponents ideas while generating appealing, interesting, and engaging images.

After 4 volleys, judges will select the best of the 8 total images generated and declare a winner for the round. The winning player will move on to the next round.

Organization of Players and Rounds:

RSVP to join the fun.

APPLY to compete in this event.